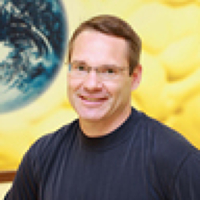 Health From Within Family Chiropractic

Moving from Vancouver, Dr. Geoff came to Burlington at the age of 14 and attended M.M. Robinson High School. After playing both minor hockey and junior hockey in Burlington, he traveled to Niagara Falls to play for the Niagara Falls Thunder Major Junior A hockey team of the OHL. During this time he demonstrated his leadership on and off the ice, being an assistant captain and winning several academic awards. After his three years in Niagara Falls, Dr. Geoff went to the University of Waterloo where he played varsity hockey and completed his honours Bachelor of Science in Kinesiology degree. After working for a year, he entered the prestigious Canadian Memorial Chiropractic College in Toronto, and graduated Cum Laude with clinic honours. Above and beyond the training at the college, Dr. Geoff is constantly attending numerous seminars to expand and further develop his skills and serve his patients better. Of particular mention is his knowledge of several chiropractic techniques, and his Fellowship in the International Pediatric Chiropractic Association. This extra training specializes in chiropractic care for the pregnant mother and the chiropractic care of children. Dr. Geoff himself has been under Chiropractic care since the age of eleven and feels that it has dramatically affected his quality of life. He is a highly sought after speaker having many corporate and community groups enjoying his power packed workshops and lectures.

Dr. Geoff has over 15 years of experience and expertise in 6 different chiropractic techniques including the care of children and pregnant moms to be. He has 4 children of his own so he can relate to parents but more importantly he relates amazingly well to kids in the clinic. He not only lectures to companies and community groups but he teaches and trains other chiropractors.