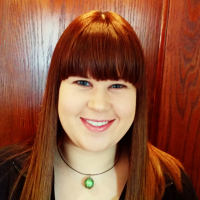 Health From Within Family Chiropractic

Dr. Shannon moved from Brampton to Burlington when she was 13 years old and attended Nelson High School. From there, she went on to the University of Western where she received her honours Bachelor of Medical Sciences in Physiology and Pharmacology. In 2008, after working as a chiropractic assistant for 16 months, she was accepted to Canadian Memorial Chiropractic College in North York, Ontario and graduated with a Doctor of Chiropractic degree in 2012. While in school, she married James Brent Currie, her best friend of 13 years, and together they had a son, Joshua James Currie. One year after graduating, they were blessed with a daughter, April Eve Currie. Her husband works at Hydro One in Toronto as an electrical engineer and together they have found a way to balance their personal and professional lives so that both of them may pursue their dreams. Dr. Shannon is excited to become a part of the Health from Within Family Chiropractic team and is looking forward to growing a family based practice. She has a particular interest in caring for pregnant women and babies and plans on continuing her studies in that direction through the International Chiropractic Pediatric Association.