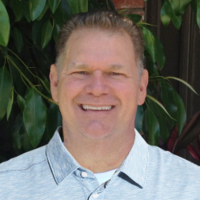 Born and raised in Orange County California, Matthew Goenne moved to San Diego California to attend San Diego State University for his undergraduate work. He received a Bachelor of Science in Business Administration at SDSU in 1995. He entered the corporate world but was soon inspired to become a chiropractor by example. After being treated for lower back pain, not only did the pain disappear, but a long-time cough he had been suffering with was a thing of the past as well. Dr. Goenne attended Life West Chiropractic College in Hayward CA from 1998 to 2001 and graduated Cum Laude with his Doctorate of Chiropractic. In 2001 he also became an Industrial Disability Examiner and received his License to practice Chiropractic from the State Board of Chiropractic Examiners. He opened his own practice in San Diego one month later in October of 2001. Proficient in many varied techniques including Diversified, Gonstead, Activator, and Extremity Adjusting, Dr. Goenne frequently attends seminars to keep up on the latest in Chiropractic adjusting and pain management. Dr. Goenne uses the latest in Chiropractic technology, the Insight Millennium which includes a surface EMG and a thermal scanner to assess a person’s nervous systems health. He is interested in all aspects of Chiropractic such as Chiropractic Neurology, the Chiropractic effect on athletic performance and how Chiropractic helps children. Dr. Goenne is affiliated with the International Chiropractic Association, California Chiropractic Association, Life Chiropractic College West Alumni Association and a long-time member of Chiropractors On the Road to Excellence (C.O.R.E.). Dr. Goenne currently resides in San Diego where in his spare time he takes pleasure in helping his community. When the Crest fires of 2003 devastated the county he assisted by giving free Chiropractic adjustments to desperate firefighters who had been up all night battling the blazes. He also makes annual trips down to Tijuana to help build houses for the homeless. Dr. Goenne also enjoys playing basketball, beach volleyball and racquetball.