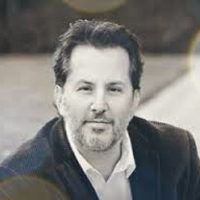 Hello ! My name is John Filo and I’ve been a chiropractor for the last 15 years working alongside my brother Shant – Acupuncturist and Mindfulness Meditation Specialist. As a Chiropractor, I’m essentially trained to recognize patterns – biomechanical patterns to be specific – as it relates to the physical body. What we’re looking for is any compromise in integrity of the spine and by that i mean any imbalance or misalignment in the spinal column, cranium and hips. So we notice when one leg is shorter than the other, when one shoulder is higher or the head has a slight tilt. These patterns or subluxation patterns as we call them, are clues that tell us that the integrity of the spine as a whole is compromised – there is interference in the nervous system. The best analogy is the garden hose: if the hose is kinked in many places, the garden doesn’t get the water it needs to grow. So instead of throwing more medicine on the plants, we instead look to eliminate the interference by removing the kinks along the hose. Then and only then does the water flow properly to nourish the garden. Its the same with Chiropractic, the brain communicates with the body and when we eliminate interference in the nervous system, the flow is optimized. the body (aka the garden) is nourished. We also address the factors that cause these subluxatoin patterns to occur; and there are 3 primary causes that lead to interference in the nervous system. One is physical: it can be acute trauma or accumulative postural stress….sitting at your desk for 8 hours a day. The second factor is emotional or mental stress; we all have some of that – whether its personal, relationship, health or work related. Stress has a direct impact on the body and nervous system. The third is environmental; what we eat, drink and breathe in our bodies, ie. sugars, caffeine, alcohol, drugs….you name it. These three have a direct effect on the nervous system and therefore a direct effect on the spine. A little tid bit of evolutionary science: Millions of years ago, when humans evolved from quadruped to biped – when we began to stand and walk on two legs vs four – the load on the receptors of the facet joints of the spine increased tenfold ! This sensory input from the spinal joints to the brain gives the nervous system a plethora of information about our position, balance and movement in 3 – dimensional space. This high density of receptors on the spinal joints are a communication highway that connect brain and body. So when I give you a specific chiropractic adjustment, I’m essentially activating these receptors and it has an overwhelming effect on balancing the overall nervous system. Its not just about physical re-alignment of the spine, that’s just one component of a chiropractic adjustment, the second and more powerful component is the effect it has on balancing the nervous system – from the pre-frontal cortex all the way down to the cerebellum – that controls balance and coordination. Dr. Ted Carrick – a Cambridge professor is the pioneer in this field of research called functional neurology. He’s the doctor that rehabilitated Sydney Crosby from his severe concussions years ago. And then there’s a third component that rarely gets attention these days but was one of the founding principles of Chiropractic in the late 1800’s. That’s the consciousness and spiritual component. When your nervous system is firing optimally, your connection to the larger consciousness system, Source, God, universal consciousness – whatever you want to call it – is that much stronger. We chiropractors refer to that as turning ON the power. When you’re dealing with the spine and nervous system, it becomes a tuning fork for mind, body and spirit. Professional Qualifications: • Graduate of University of Bridgeport College of Chiropractic ; 2002 • Undergraduate in Kinesiology and Health Sciences at York University 1998 • WHO China Beijing International Acupuncture Training Center (CBIATC) in Beijing, China 2002 • Webster Technique certified through the International Chiropractic Pediatric Association 2014 • Functional Cranial Release (FCR) certification through the Functional Cranial Release Institute 2012 • Member of the International Chiropractic Pediatric Association (ICPA)

Most Helpful Reviews (5) Based on 5 reviews across 2 sources