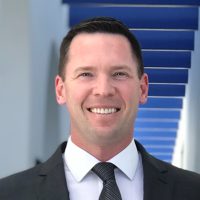 Dr. Jason Ray received his Bachelor of Arts in chemistry in 1999 followed by completing his dental degree from the University of Iowa College of Dentistry in 2003. He continues his education whenever he can and currently attends over 40 hours of continuing education per year to stay up to date on the latest dental practices. Dr. Ray has had advanced training as a Premier Preferred Invisalign® Provider and has been using CEREC technology to make same-day dental crowns for the past 15 years. He is a member of the American Dental Association, the California Dental Society and the West LA Dental Society. He was chosen as one of the Top Dentists in Colorado for four years prior to moving to California to practice in the Santa Monica area, where he has been practicing for almost three years. Dr. Ray’s goal as a dentist is to provide the highest quality dental care in order to help people save their teeth. He believes that people that keep their teeth live longer than people who do not. He has been married to his wife, Cammy, since 2006 and she has helped him run two of his dental offices in Colorado as a hygienist and office manager. Together, they have one son, Eli, and a daughter, Elexus. Their children’s involvement in the acting industry is what led their family to move California in 2017.

Certification
Dental Board of California
Jul 24, 2017