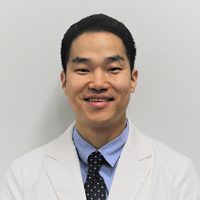 Ki Youn Kil, DDS, is a friendly and dedicated orthodontist who helps both kids and adults achieve healthy smiles. Dr. Kil earned his Doctor of Dental Surgery from South Korea. After relocating to the United States, he enrolled at New York University College of Dentistry in New York City. There, he completed advanced training in orthodontics and dental orthopedics. Throughout his training, Dr. Kil honed his skills in treating malocclusions with both comprehensive and interceptive orthodontics approaches. Dr. Kil is active in his field and enjoys membership and participation in the American Association of Orthodontists and the Northeastern Society of Orthodontists. He’s passionate about connecting with his patients and enjoys seeing their confidence blossom as he improves their orthodontic conditions. He’s bilingual and able to communicate with his patients in both English and Korean. During his spare time Dr. Kil likes to train in Muay Thai kickboxing, listen to music, and spend time with gouda, his sister’s four-year-old pug.