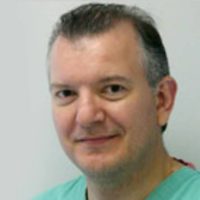 Dr. Anastassov has extensive training and expertise in treatment of congenital and acquired craniofacial malformations, such as cleft lip and/ or palate, syndromes affecting craniofacial growth and development as well as craniofacial trauma, reconstructive surgery and aesthetic surgery. Dr. Anastassov was privileged to train in some of the most respected educational programs in United States and Europe. He is trained in oral/maxillofacial surgery, plastic surgery and craniofacial and base of the skull surgery. Dr. Anastassov has lectured extensively on topics ranging from oral implantology to aesthetic, reconstructive and trauma surgery in the United States, Colombia, Mexico, Germany, France, Switzerland, Scotland, Italy, The Netherlands, Romania, Bulgaria, Ukraine, Russia, and so on. Dr. Anastassov has also operated pro bono in most of these countries on children and young adults with craniofacial malformations.