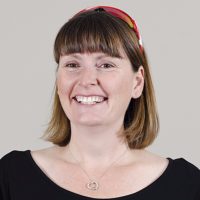 Registered Massage Therapist, SMT (C) Certified Sport Massage Therapist Manual Lymph Drainage. A 1998 graduate of Sutherland and Chan Massage College, Carolyn has been the Massage Therapist for our Canadian Men’s and Women’s Rowing team since 1998. Carolyn was selected to the 2000, 2004, and 2008 Summer Olympic Games and has covered 12 World Rowing Championships and 15 European Tours. Carolyn has also been selected to the 2015 Pan Am Team. Carolyn was awarded the President’s Award by Rowing Canada for her dedication and work with the team during the 2008 Beijing Olympic Games. In addition to rowing, she has also travelled with our Canadian National Sailing Team and Canadian National Bobsleigh Team. Carolyn also has a background in Physiology from the University of Western Ontario, has completed courses in Myofascial Release, Osteopathy, Graston, pelvic floor and Kinesiotaping and is a certified Level 3 Sports Massage Therapist. In 2008, Carolyn also completed her Acupuncture Certification. Carolyn is also certified in Manual Lymph Drainage with a focus on post cancer rehab care. In addition to Massage Therapy, Carolyn has completed her level four with the National Coaching Institute in Toronto and was the Head Coach for rowing at Havergal College in Toronto from 2007-2011. Currently Carolyn is a student at the Ontario Psychotherapy and Counseling program and will be a registered psychotherapist in 2019. Carolyn has worked with Physiotherapy On Bay since 1998.