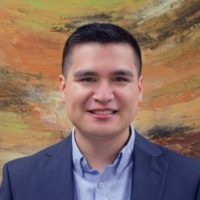 Jose M. Mariscal, DDS is a Chicago native, growing up in the Albany Park neighborhood. He graduated from Lane Technical High School and completed his Bachelors of Science in Biological Sciences from the University of Illinois at Chicago. He continued his education at the UIC College of Dentistry earning his Doctor of Dental Surgery Degree along with a Bachelors of Science in Dentistry. Based on his exceptional clinical skills, Jose was 1 of 12 students chosen to rotate between three extramural locations within the Chicagoland area including Erie Dental, Union VA, and Oak Park Infant Welfare Center. He also received an award from the American Academy of Esthetic Dentistry in 2009 and is actively pursuing advanced education in the areas of cosmetic dentistry, endodontics, sleep apnea, TMJ disorders, orthodontics, and implant surgery. Dr. Mariscal was able to distinguish himself from other dentists by earning his Fellowship in the Academy of General Dentistry, which is an honor bestowed upon only 7 percent of dentists throughout the country. He is a Diplomate of both the American and International Dental Implant Associations, which are awards given to members who demonstrate the highest standards in implant dentistry through their extensive training and dedication to their profession. He is also a certified provider of Invisalign® and Clear Correct®.

Certification
Illinois Department of Financial and Professional Regulation
May 12, 2009