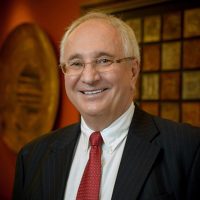 Dr. Scott Northey grew up in Hibbing, MN and attended College at the University of Minnesota, Duluth. While at UMD, he played on the University golf team. He graduated in 1973 with a bachelor’s degree in chemistry. Dr. Northey received his Doctor of Dental Science degree from the University of Minnesota School of Dentistry in 1977. He continued his affiliation with the School of Dentistry for a two-year period as a clinical instructor. Dr. Northey joined an established private dental practice in 1977 and became part of more than 100 years of Twin Cities’ dental history. The practice, located in downtown Minneapolis at the time, had been in place for more than a century. The practice’s founding principles were top-quality care and patient satisfaction. So when his colleagues retired, Dr. Northey was delighted to take over the practice with the goal of carrying forward the traditions established so many years before. In 1989, Dr. Northey expanded the practice by opening an office in Wayzata. Proudly serving the Twin Cities Metro area for over 35 years, Dr. Northey has built his reputation on honesty, integrity, and respect for his patients, while providing exceptional patient care. Dr. Northey has extensive and advanced continuing dental education in: Comprehensive full-mouth reconstruction and rehabilitation Diagnosis and treatment of head, neck, and craniofacial pain and temporomandibular joint disorders Computer electrodiagnostics Occlusion Orthotic therapy Cosmetic dentistry CEREC crowns Root canals Laser periodontal surgery (laser smile alignment corrections) Dr. Northey lives with his wife, Michele, and their two dogs in Medina. He enjoys spending his free time with his two daughters and their families, and he loves being a Grandpa to his five grandchildren. When there isn’t snow on the ground, he can also be found working on his golf game. He also enjoys reading, painting, and traveling to Mexico.