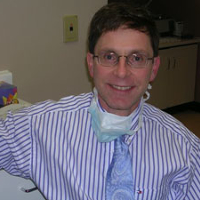 Dr Wakter graduated cum laude from the Faculty of Dentistry at McGill University, Montreal in 1985.Thereafter, he accepted a position at a McGill affiliated hospital in James Bay, Quebec for a year, where he was responsible for the dental health of two communities which he covered via a twin otter plane. Afterwards, he practiced in Montreal and Toronto till he married Lynda, an Ottawa native and moved to Ottawa. Dr Wakter has been practicing in the World Exchange Building in downtown Ottawa since 1989. He’s a member of the Royal College of Dental Surgeons,the Ottawa Dental Society and the Ontario Dental Association. When he’s not taking care of teeth and smiles, Dr Wakter enjoys spending time with his wife Lynda and their two children, Tara and Justin, at their cottage in the summer and skiing and playing hockey in the winter.

Dr. Alex Wakter's office is in Ottawa, ON.