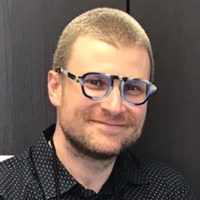 Dr. Frederick Erbiceanu was born and raised in Montreal, Quebec, to Romanian parents who, from an early age, stressed education in both the arts and sciences. He graduated from the Honours Pure and Applied Sciences program at John Abbott College in 2002 where he developed a passion for molecular biology and biochemistry. This love for biology led him to the University of Toronto where, in 2005, he obtained, with Honours, his bachelor’s degree in biology. During the university years Dr. Fred fostered an interest in clinical research, culminating in a Masters degree in laboratory medicine and pathobiology from the University of Toronto in 2007. The experience gained during his graduate studies helped in procuring indispensable skills that he continues to carry with him today and which, whimsically, led to his decision to become a dentist! How so? Well, back in those days, Dr. Fred used to work late nights at the lab and, had it not been for his wife Diana, he would probably have starved during those long nights as well! On one such late night while Diana was dropping off a much needed meal, she keenly observed Dr. Fred micropipetting DNA samples into some small, rectangular gel slabs. Impressed with his manual dexterity, she remarked: “you know Fred, you should really become a dentist – you’ve got the hands for it!”. Sure enough, four years later in 2011, Dr. Fred obtained his Doctor of Dental Surgery degree from the University of Toronto! Planning on settling down and starting a family after a decade in post-secondary education, Diana and Dr. Fred decided to move to London after receiving an associate position with Dr. Steve Doubt at the White Oaks Dental Clinic. Fifteen months later Dr. Fred purchased his first dental practice and in October 2012 they moved back to Toronto and Dr. Fred became the proud owner of Jane Clair Dental Clinic.