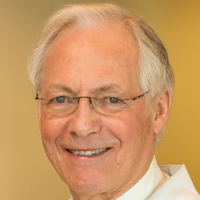 Dr. Alan Menter was born in England and is a graduate of the Medical School of the University of Witwatersrand, South Africa. He completed his dermatology residency at Pretoria General Hospital at the University of Pretoria, also in South Africa, and two fellowships in London at Guy's Hospital and St. John's Hospital for Diseases of the Skin. A fellowship with the University of Texas Southwestern Medical Center in Dallas brought Menter to the United States. Since then, he has held several positions within the UT and Baylor University systems. In 1992, he was appointed chairman of the Division of Dermatology at Baylor University Medical Center and still holds that position. In 2007, he was appointed director of the Baylor Research Center and in 2010, Program Director of the newly formed Dermatology Residency Program at Baylor University Medical Center. Committed to patients Dr. Menter has a long-held interest in psoriasis and psoriatic disease research. In 1994, he co-authored the first gene discovery for psoriasis, published in Science in 1994. His research on psoriasis has examined everything from ultraviolet phototherapy, biologic therapy to the mapping of genetic patterns to predict if a person is at risk of developing psoriasis. In August 2004, Dr. Menter helped found the International Psoriasis Council to raise international awareness of psoriasis as a serious autoimmune disease that can significantly impact quality of life. His clinical practice includes more than 1,600 patients on systemic and biologic therapy and phototherapy. Dedicated to research Dr. Menter held the position of clinical director of the National Psoriasis Foundation Gene Bank from 1996 to 2002. His resume lists some 300+ articles, four books and 19 book chapters. He serves as a member of the editorial board for several medical journals, including the Journal of Clinical Dermatology and Clinical and Experimental Dermatology. He is chair of research for Dermatology at Baylor Research Institute, Principle Faculty at Texas A&M University Health Science Center, as well as clinical professor of dermatology at the University of Texas Southwestern Medical School in Dallas. Other accomplishments Dr. Menter has been listed in the Best Doctors in America since 1994 and Who’s Who in Medicine and Healthcare since 1996. He also represented the South African National Rugby team, the Springboks, in 1968.