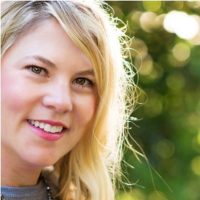 Dr. Misti Phillips James grew up in Indiana and received her undergraduate degree in Speech Pathology and Audiology from Purdue University in 1999. She then continued her education at Indiana University School of Dentistry where she graduated from in 2003. It was there that she met her husband, Dr. Brian James, who is an endodontist in Lakeway, Texas. While practicing in Indiana she also was on faculty as a Comprehensive Care Clinical Instructor at Indiana University School of Dentistry. She and her husband love boating and an active outdoor lifestyle that led them to move to Austin in 2006. She has felt honored to become part of such a wonderful community and is committed to treating every patient with love, respect, and compassion. In addition to the relationships she forms with patients, Dr. James’ commitment is equally evident in the level of care she delivers. She considers professional growth through education and involvement with organized dentistry a high priority. Dr. James served as Treasurer (2010-2011), Secretary (2011-2012), and President-Elect (2012-2013) before serving as President of the Capital Area Dental Society in 2013-2014. She is also a member of the American Dental Association and the Texas Dental Association. In November 2015 she was inducted as a Fellow into the American College of Dentists and the International College of Dentists in Washington D.C. These are two of the oldest honorary societies and those who are members must be nominated by their peers and pass a rigorous peer-review process. When she is not at the office providing care to her patients she is spending time with her husband Brian and their two sons, Grayson and Graham. She keeps active by spending lots of time outside with the boys and their dog Louis. Focusing on health and their church keeps their family energized with two little ones on the go!