Dentist Near Me / Fort Worth Dentist / William C. Roddy DDS 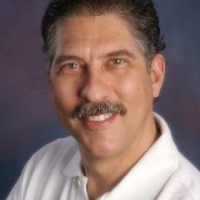 William C. Roddy DDS was born in Dallas, Texas. He graduated with honors from the University of New Mexico in 1975 and received his Doctoral Degree of Dental Surgery from the University of Iowa in 1979. After completion of dental school, Dr. Roddy reported for duty in the United States Navy. He served in the U.S. Navy from 1979-1999, retiring at the rank of Captain. During his Naval dental career, Dr. Roddy completed a Prosthodontics Fellowship and Comprehensive Postdoctoral Residency. Other tours included shipboard duty, co-directing a post-doctoral training program, specialty board examiner, research, and attended graduate program in Business Administration. Dr. Roddy is a diplomate of the Federal Services Board of General Dentistry, and 1 of 700 diplomates of the American Board of General Dentistry. He is a member in good standing of the American Dental Association, Academy of General Dentistry, Texas Dental Association, Fort Worth District Dental Society, Fort Worth Academy of General Dentistry, and the Southwest Prosthodontic Society, American Academy of Implant Dentistry, and the American Dental Implant Association. Dr. Roddy is a fellow of the American College of Dentists and a fellow of the International Congress of Oral Implantologists. Dr. Roddy resides in the Fort Worth area with his wife, Paula (his high school sweetheart). Paula is a professor in the Office System Technology Department at Weatherford College . His son, Gavin, is in the M.D./Ph.D. program at Texas A&M and resides with his wife, Kate, in Temple, TX. His daughter, Ashlin, is a student in the College of Architecture .

William C. Roddy DDS's office is in Fort Worth, TX.