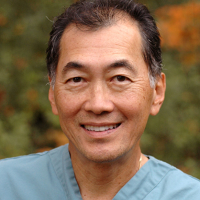 Charles was born in Taiwan but moved to the Toronto area with his family when he was 13. At age 20 he was on the move again—alone this time—to attend his first year of dental school at the University of Western Ontario. He graduated as a Doctor of Dental Surgery (D.D.S.) in 1979. By this time he had grown to love London and decided to settle here permanently. He worked as an associate dentist for two years and established his own practice in 1981. In the ensuing years Charles remained deeply committed to continuing education and achieved the following fellowships: Fellow, International College of Dentists; Fellow, International College of Oral Implantology; Fellow, Academy of General Dentistry; Fellow, Academy for Implants and Transplants; Fellow, Academy of Dentistry International. He also completed his M.B.A. at the Ivey School of Business, the University of Western Ontario, in 1996. He is currently an Adjunct Clinical Professor at the Schulich School of Medicine & Dentistry, U.W.O. and was appointed in 2008 to the position of Assistant Director, Alumni Affairs at the Schulich School of Medicine & Dentistry, U.W.O. Charles is married and has 3 lovely children. His favourite activity is spending time with his family and they especially enjoy family trips. He has also been actively involved in the community, particularly in soccer. He led the Supernova girl’s soccer team to the national championship in 2004. He encourages social responsibility and does his best to give back to the community by reaching out to those in need.

Charles Gordon Lin's office is in London, ON.