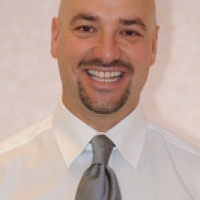 Dr. Robert Tracogna graduated from the University of Toronto in 1983 with a Bachelor of Science degree in Physiology and Biochemistry. He then went on to complete a degree in dentistry in 1987 also from the University of Toronto. He set up his practice in Mississauga shortly after graduating and has been there ever since. Dr. Tracogna has been involved in or has been a member of the Academy of Cosmetic Dentistry(ACD), the Toronto Crown and Bridge Study Club(TCBSC), the Toronto Academy of Digital Dentistry(TADD) and the Academy of Computerized Dentistry of North America(ACDNA). Dr. Tracogna is an active member of the Halton Peel Dental Association(HPDA) the Ontario Dental Association(ODA) and the Canadian Dental Association(CDA). He has served and chaired on many committees for the HPDA as an executive on their board. He has also served as a councilor for 6 years representing the HPDA at the ODA council meetings. Dr. Tracogna has served on the Membership Services and Programs core committee for the ODA and has also chaired that committee and currently sits on the ODA's Oral Health Strategy Advisory committee. Dr. Tracogna is the past president of the HPDA, past president of the TACD and currently president of the Class of 87 Study Club. Dr. Tracogna is married with three children and has volunteered as a coach for boys hockey at the GTHL level for 12 years and has also coached girls hockey for 4 years. He has also coached soccer and is currently involved in rowing and chairs the parent committee for the Branksome Hall Rowing Club. Dr. Tracogna enjoys playing golf, hockey and cycling. Through cycling he has become involved with fundraising for the Tour for kids foundation which supports camps for kids with cancer. He is also a supporter and has done fundraising for the Princess Margaret Hospital and the vascular clinic at Sunnybrooke Hospital.

Dr. Robert Tracogna's office is in Mississauga, ON.