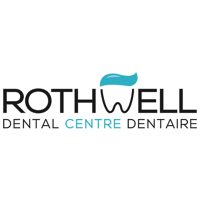 Dr. André Théorêt is a fully bilingual, empathetic yet practical dentist whose top priority is providing the highest quality of dental work in a welcoming and warm environment. He has been the owner of Phenix Dental Clinic since 2003 and in 2020, took ownership of Serenity Dental to merge the two successful practices into one clinic now known as Rothwell Dental Centre. Outside of his 4 years studying dentistry at Université Laval in Québec City, Dr. André Théorêt has lived in Ottawa his entire life. He was born in Ottawa, raised in Beacon Hill North and went to school in this city: first La Vérendrye, then Collège catholique Samuel-Genest and finally the University of Ottawa. Dr. André Théorêt’s interest in dentistry began when he underwent orthodontic treatment (braces) at the age of 10. By the time he was 16, he knew he wanted to be a dentist and chose the Phenix Dental Clinic for his co-op placement, the clinic he would one day own. After high school, Dr. Théorêt continued his studies by obtaining a Bachelor of Science (Biochemistry) from the University of Ottawa. Graduating in 1997, he left Ottawa for Quebec City, where he joined the Faculty of Dentistry at Laval University. Upon graduating as a general practitioner in 2001, he returned to his beloved hometown and the clinic where he began his career; first as an associate and finally as a proud owner in 2003. When not at the office, André is likely playing hockey, restoring or customizing vehicles or travelling with his wife and two kids.