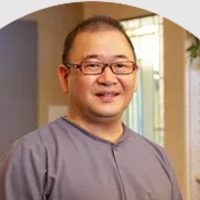 Dr. Richard Miyata was born and raised in Seattle. He graduated from the University of Washington and then the University of Washington’s School of Dentistry. He has been practicing dentistry since 1997. Dr. Miyata has been described as honest, gentle and creative. He’s married to his wife Maureen and together they have a daughter. In his free time, he enjoys camping, kayaking and traveling. Dr. Miyata has enjoyed building and fixing things since childhood. His current passion is restoring vintage bicycles. He’s also an avid reader of non-fiction books. He feels that it’s important to always be learning new things. One of his favorite quotes is: “Live as if you were to die tomorrow. Learn as if you were to live forever.” – Mahatma Gandhi: Indian Leader.