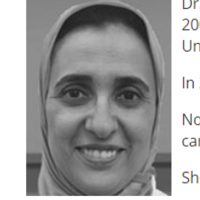 Dr. Azza Elhaddad received her Bachelor of Dental Surgery in 1992 with honour (first of class) from Cairo University in Egypt, where she also finished her Master and PhD degrees in (Orthodontics) in 1998 and 2005 respectively. She received in 2006 a membership of Orthodontics form the Royal College of Surgeons Edinburgh (UK). She worked as a Lecturer at Orthodontic department, Faculty of dentistry Cairo University from 1998 till 2012. She also practiced as an orthodontist in private clinics for more than 15 years in Egypt and in Saudi Arabia. In 2012, Dr Azza and her family moved to Toronto where she obtained her Doctor of Dental Surgery degree with honour from the University of Toronto in 2015. On graduation she received 3 awards. Now, Dr Azza holds a licence as a general dentist from the Royal college of dental surgery in Ontario. She works as a part time instructor at the Faculty of Dentistry University of Toronto, in the comprehensive care program and in orthodontic seminars. She speaks English, French and Arabic.