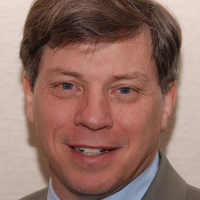 Since the Academy of General Dentistry was founded in 1952, it has set the standard for lifelong learning and continuing education, long being the only organization in health care that required regular documentation of continuing education to maintain membership. I have been blessed with many outstanding mentors and teachers in dentistry, and it has been my passion throughout my career to stay on top of the latest scientifically documented advances, in order to provide the best care possible for my patients. In 2014, I once again was awarded a Certificate of Excellence in Continuing Education, by the D.C. Dental Society, in recognition for accumulating at least twice the hours of courses required for licensure, while I actually had more than four times the required hours, with most being exceptionally advanced course work from top experts in the field. Most of my course work has been in restorative, cosmetic, and implant dentistry, but I have also had extensive focus in the treatment of TMJ disorders, such that I have a couple of dozen general dentists, dental specialists, physicians, ENTs, and physical therapists that routinely refer me patients with TMJ disorders, and continue to do so, as I start with a thorough diagnosis and I consistently get positive results. I have had the privilege of learning from the master, when it comes to study of the bite(occlusion), TMJ(temporomandibular joint), and TMD(temporomandibular disorders). Dr. Peter E. Dawson wrote the definitive book on this topic back in 1974, and it was he best selling dental textbook for over a quarter of a century. His latest book was published in 2006 and is already in its third printing. Dr. Dawson was a visiting faculty member at Georgetown University School of Dentistry when I began teaching there in 1981, and I began taking his advanced course work then. In the last few years, I have subsequently completed the entire curriculum at the Dawson post-graduate academy, including a 3-day intensive course in June, 2012, open only to those having completed the entire curriculum, on treating the most advanced cases of TMJ disorders. In 2013, I have taken advanced coursework from pre-eminent experts in head, neck, and TMJ-related pain, including Dr. Jeffrey Okeson and Dr. H. Clifton Simmons, III, as well as started the study and curriculum towards Fellowship in the American Academy of Craniofacial Pain. I have been privileged to receive referrals of patients from well over over several dozen general dentists, dental specialists, physicians, ENTs, and physical therapists, and thanks to the well-documented science, have been able to predictably help patients with pain, even in some cases reversing the highest level of pain that prevents sleep, as well as eliminating long-standing pain of as long as 30-year duration.