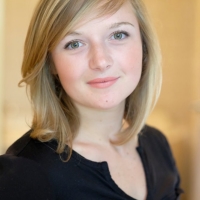 Dr. Stanzie Langtree graduated from the University of Western States with a Doctor of Chiropractic and a Masters of Exercise and Sports Science. She found her true passion to be working with physical bodies whether it be people or animals. Her first experience of chiropractic was observing a horse receiving a chiropractic adjustment. As an equestrian, she was able to see how greatly the horses improved after each adjustment, and it was surprising to see how negatively a horse can be affected when out of alignment. Later, Stanzie received chiropractic care while studying biology at the University of St. Thomas in Houston, TX. As a yoga instructor and scientist, she quickly discovered how chiropractic care meshed very well with yoga, and both of these helped empower her and transform her life. She realized that her calling was to help empower others and improve their body awareness through chiropractic and yoga. Dr. Stanzie has been teaching Power Vinyasa Yoga for 7 years. She first discovered yoga at the Yoga Ananda studio in Houston, TX. Stanzie has studied various types of yoga including Baron Baptiste Power Yoga. In combination with her Masters in Exercise and Sports Science degree, she has developed a safe and effective yoga sequence that is focused on postural correction, muscle toning, breath, and meditation. During her free time, Dr. Stanzie teaches and performs aerial acrobatics. Also, she enjoys horseback riding, singing, rock climbing, and cycling.