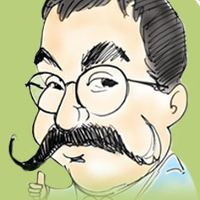 A graduate in Honours Biochemistry from McMaster University, Dr. Filo earned his Doctor of Dental Surgery from the University of Toronto in 1984. He successfully completed a course in Dental Education for the Care of the Disabled from the School of Dentistry, University of Washington in 1995. Dr. Filo became a Fellow of the Academy of General Dentistry, in 1996, and completed a Post Graduate Program in Esthetic Dentistry, in 1997, at the State University of New York at Buffalo. In 2003 he received his Diplomate status from the American Board of Hypnosis in Dentistry. In 2008 he was inducted into the Pierre Fauchard Academy as a Fellow. The Academy is an honour society recognizing leadership in the dental community. He maintains membership in a variety of dental and allied professional organizations including the Canadian and Ontario Dental Associations, the Hamilton Academy of Dentistry, the American and International Societies of Clinical Hypnosis, and the Wilderness Medical Society. The American Society of Clinical Hypnosis awarded him a Fellowship in 2010 for outstanding contributions to clinical hypnosis; while in 2012 the Canadian Society of Clinical Hypnosis - Ontario Division made him an Honourary Member for similar contributions to the Society. As of 2012, he has also been named a Fellow of the International Society of Dental Anxiety Management. Dr. Filo is actively involved in the dental community serving on various committees. Formerly an Executive Member and Past President of the Hamilton Academy of Dentistry, Dr. Filo was a General Councilor of the Ontario Dental Association where he received their service Award in 2010 for his many years of commited leadership. He has been on the teaching staff of the Dental Internship program at the Hamilton General Hospital, as well as providing dental service at the Hamilton Psychiatric Hospital. He has taught hypnosis internationally to dentists and other healthcare professionals for the clinical hypnosis societies. He has several publications on the subject. As an experienced laser dentist, he has also lectured on the subject and trained other dentists in its use. When not practicing dentistry, Dr. Filo is actively involved in Scouting. He has devoted over 45 years of continuous membership to the Hungarian Scout Association in Exteris, presently serving as Chief Health and Safety Officer after five terms as Eastern Canadian District Commissioner. He has served for more than 25 years as Camp Health Director in Canada and the United States for Jamborees and leadership training camps. He has been a member of the Association’s Board of Directors.

Dr Gabor Filo's office is in Hamilton, ON.