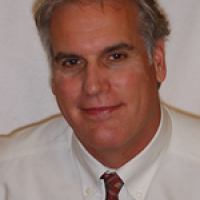 Dr. Halpin was born in Calgary. He spent much of his childhood in Toronto before ultimately establishing himself in Ottawa. He completed his Bachelor of Science at Acadia University, Nova Scotia. He was awarded the G. Wilbert Cox trophy and medal as the University Student of the Year best combining athletics, extra-curricular activities and academic achievement. He was co-captain of the University Axemen hockey team and was awarded MVP. He also played hockey for the University of Western Ontario, where he completed his degree as a Doctor of Dental Surgery in 1984. Dr. Halpin then played professional hockey in Austria and Germany. He returned to Canada in 1987 to start his dental practice in Ottawa. Dr. Halpin has a passion for learning and dental excellence. He has undergone thousands of hours of post-graduate education in implants, prosthetics, periodontics, and orthodontics. Apart from treating his patients his passions include travelling, languages (German, Spanish, French), and cooking. He has gone on several charity missions to Central America as well as Eastern Europe.

Dr. David Halpin's office is in Ottawa, ON.