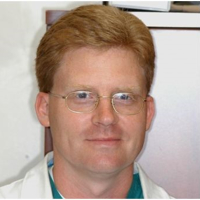 Dr. T. Matthew Jacks is among the elite group of Oral and Maxillofacial Surgeons in the USA serving as a Board Examiner in determining whether an American Oral and Maxillofacial Surgeon achieves Board Certification. A 17-year veteran of the US Navy, Dr. Jacks is completing his tour of duty as the Department Chief of Oral and Maxillofacial Surgery at Walter Reed National Military Medical Center. He is one of the most prolific and sought after surgeons for complex maxillofacial reconstruction, TMJ, and dental implant-based prosthetic cases. In private practice, oral surgeons are quick to promote their scope of care, but very few are willing to report their actual experience level. D. Jacks is represented below: Dental Implants --------- over 2,500 Complex Dental Implant –based prosthesis ------- over 70 cases Wisdom Teeth --------- over 5,000 cases Orthognathic (surgical movement of jaws) ----over 350 cases TMJ surgery (minor) ------ over 275 cases TMJ surgery (major) ------- over 80 cases Facial Reconstructive (major) ------- over 90 cases Facial Cosmetic ---------- over 1000 cases At the University of North Carolina, Dr. Jacks trained at one of the best Oral and Maxillofacial Surgery programs in the United States focusing on reconstructive surgery of the face and jaws. Upon completion of residency, he was appointed attending surgeon to the US Navy’s flagship hospital in Bethesda, MD, during the height of the Iraq war. He surgically rehabilitated 34 soldiers, sailors, and marines from their initial IED blasts and facial combat injuries to final maxillofacial reconstruction, cosmetic, and dental implant-based prosthesis. Having built tremendous professional relationships with all dental specialties during this demanding time, Dr. Jacks knows all too well the benefits of a multi-disciplinary team. As a result, he was awarded the US Navy’s Meritorious Service Medal. Next, Dr. Jacks accepted orders to the NATO base in Sicily, Italy, where he was the Director for Surgery at the US Naval Hospital. He served as the chief surgical liaison during the NATO strikes on Libya and provided multinational force support for deployed and stationed troops. As a result, he received his second Meritorious Service Medal. Finally, Dr. Jacks returned to Maryland and was appointed Department Chief of the military’s largest and premiere Oral and Maxillofacial Surgery training program at Walter Reed National Military Medical Center. To date, Dr. Jacks has trained 54 oral surgeons, and co-trained periodontists, prosthodontists, and general dentists (50 GPRs). Most importantly, he feels privileged to have spent two decades taking care of our nation’s wounded warriors, leaders and their families.