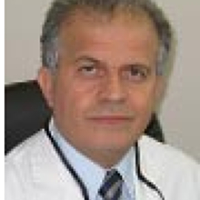 Dr. Hamzeh Aghaie graduated from dental school in Iran in 1980. After relocating to Canada, he passed the National Dental Examination Board exam and registered with the Royal College of Dental Surgeons of Ontario in 1999. Over the past several years he has continued his studies and worked towards a variety of professional certifications. In 2007, he received his Proficiency Certificate in Esthetic Dentistry from the State University of New York in Buffalo. He received training in orthodontics in Toronto. Dr. Aghaie worked in London, Ontario with Dr. Kenneth Hebel and with the Ladera Ranch Institute in Toronto to obtain dental implant training. He is also near completion of a Master’s degree in removable and fixed prosthodontics from King’s College in London (UK). In 2008, Dr. Aghaie received a Fellowship in the Academy of General Dentistry, an organization dedicated to fostering the continued proficiency of general dentists through continuing dental education. He is now on the MasterTrack with the Academy. He also holds a certificate in laser dentistry. Dr. Aghaie is a member of several professional associations, including the Canadian Dental Association, Ontario Dental Association, American Academy of Cosmetic Dentistry, American Academy of General Dentistry, and the International Congress of Oral Implantologists. When not working or studying, Dr. Aghaie enjoys reading and spending time with his wife and son.

Where is Hamzeh Aghaie's office located?

Hamzeh Aghaie's office is in Thornhill, ON.

What services does Hamzeh Aghaie offer?