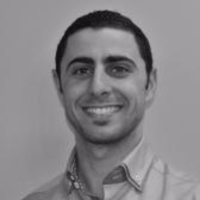 David graduated from University of Sydney (Sydney, Australia) with a Bachelor of Health Science with a Major in Human Movement as well as completing a Masters in Physiotherapy in 2013. He also recieved his diploma in Massage Therapy and worked as a massage therapist for nine years before becoming a physiotherapist. David worked with tennis players at the Medibank International Tournament and with the Australian A- League Soccer Team (the Western Sydney Wanderers) as an RMT. During his spare time he enjoys playing soccer, guitar and traveling.